Did you know that half of all California renters — more than 3 million households — spend more than 30% of their income on rent, meeting the federal government’s definition of “rent-burdened?” 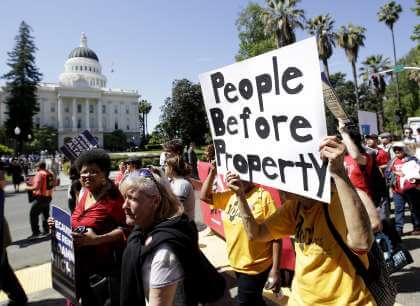 The newly passed law, AB1482, makes rent control the law of the land throughout California. Previously, rent control was only enacted in individual counties or cities. The new law does not override existing rent control laws in places like San Francisco, Oakland, and Santa Monica.

The only other state that has state-wide rent control is Oregon which limited yearly rent increases to 7% plus inflation.

The California law mandates that for the next 10 years:

The rent cap does NOT apply to:

Research has found that the bill would not affect the majority of rent increases in the state but could limit substantial, one-time rent hikes.

Critics of the law argue that rent control decreases the supply of rental units yet increases demand. They believe that landlords will take rental units off the market and discourage them from improving or even maintaining the rental properties that remain, since they cannot get a return on the investment. 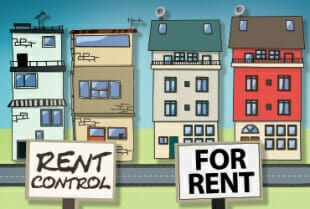 Interestingly, the bill was passed in the California Legislature shortly after California voters decisively rejected a ballot initiative that would have allowed municipalities to impose much stricter versions of local rent controls.

What do you think? How much of your monthly income do you spend on rent? Does the new rent cap law go far enough? Or will it have a long-term negative effect on the housing crisis in California by reducing the supply of apartments for rent?