California Just Legalized Recreational Marijuana, But Don’t Smoke Up Yet….

On November 8, 2016, Californians voted 56.2% Yes to Prop 64 to legalize recreational marijuana use! This wasn’t decriminalization, but legalization. What’s the difference?

Decriminalization is a loosening of criminal penalties imposed for personal marijuana use even though the manufacturing and sale of the substance remain illegal. Legalization, on the other hand, is the abolishment of laws banning the possession and personal use of marijuana. More importantly, legalization allows the government to regulate and tax marijuana use and sales, while under decriminalization the manufacture and sale of marijuana remains unregulated by the state.

Californians over 21 years of age can now legally smoke marijuana privately, and can have up to 28.5 grams of marijuana and up to 8 grams of concentrated marijuana, such as hash, in their possession. Additionally, people are allowed to give marijuana to others as long as the amounts given fit the guidelines of possession described above, and as long as the person receiving the drug is at least 21-years-old.

Although Californians can legally smoke marijuana immediately, people who do not have a medical marijuana card may not legally purchase weed from medical marijuana dispensaries until another part of Proposition 64 goes into effect on Jan. 1, 2018. 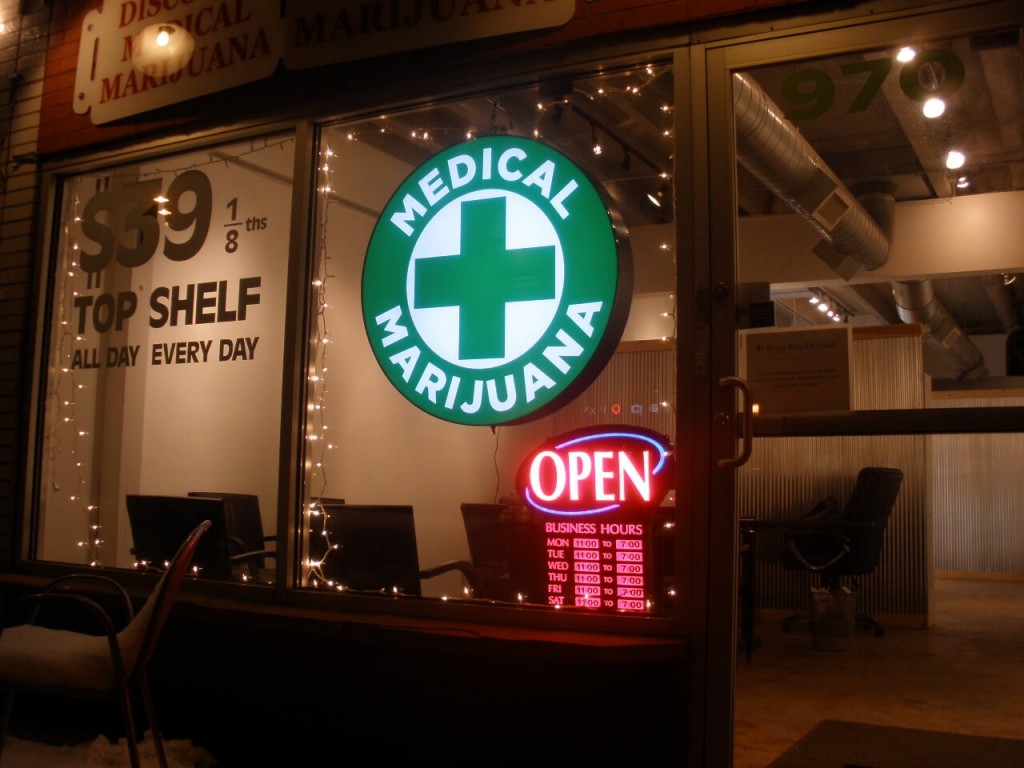 Selling marijuana without a license can result in a misdemeanor charge with penalties of up to six months in jail and $500 in fines.

Cannabis products cannot be designed to appeal to children or to be easily confused with commercially sold candy. Pot shops would be prohibited from allowing anyone under 21 years old on their premises.

Marijuana could not be advertised on billboards located along an interstate highway or state highway that crosses the border of any other state.

Ads for marijuana also would not be allowed within 1,000 feet of day-care centers, schools providing instruction in kindergarten or grades 1 through 12, playgrounds or youth centers.

Prop 64 will impose a state excise tax on retail sales of marijuana equal to 15 percent of the sales price and state cultivation taxes on marijuana of $9.25 per ounce of flowers and $2.75 per ounce of leaves. Marijuana growers will have to get a license from the state Department of Food and Agriculture.

A state Bureau of Marijuana Control inside the state Department of Consumer Affairs would be given the job of creating, issuing, renewing and revoking state licenses for the transportation, storage, distribution and sale of marijuana. Those who want to form businesses to manufacture and test marijuana products would be licensed and overseen by the state Department of Public Health. The state agencies must begin issuing licenses by Jan. 1, 2018.

Are you looking forward to legally using marijuana recreationally? What about growing your own plants? Where do you think the tax revenue should go?

One comment on “California Just Legalized Recreational Marijuana, But Don’t Smoke Up Yet….”