A Christmas Gift for California Employees? Mandatory Arbitration Agreements Soon To Be Illegal

On January 1, 2020, California employers will no longer be able to compel workers into arbitration for state discrimination claims or those brought under the Labor Code.

The bill, AB 3080, adds a new section 432.6 to the Labor Code prohibiting any person (including employers) from requiring an applicant or employee (as a condition of employment, continued employment, or the receipt of any employment-related benefit) to “waive any right, forum, or procedure” for alleged violations of the entire Fair Employment and Housing Act (FEHA) and the entire Labor Code.

Employers are also prohibited from using voluntary opt-out clauses to avoid the new law. New Labor Code section 432.6(c) states that “an agreement that requires an employee to opt out of a waiver or take any affirmative action in order to preserve their rights is deemed a condition of employment.” 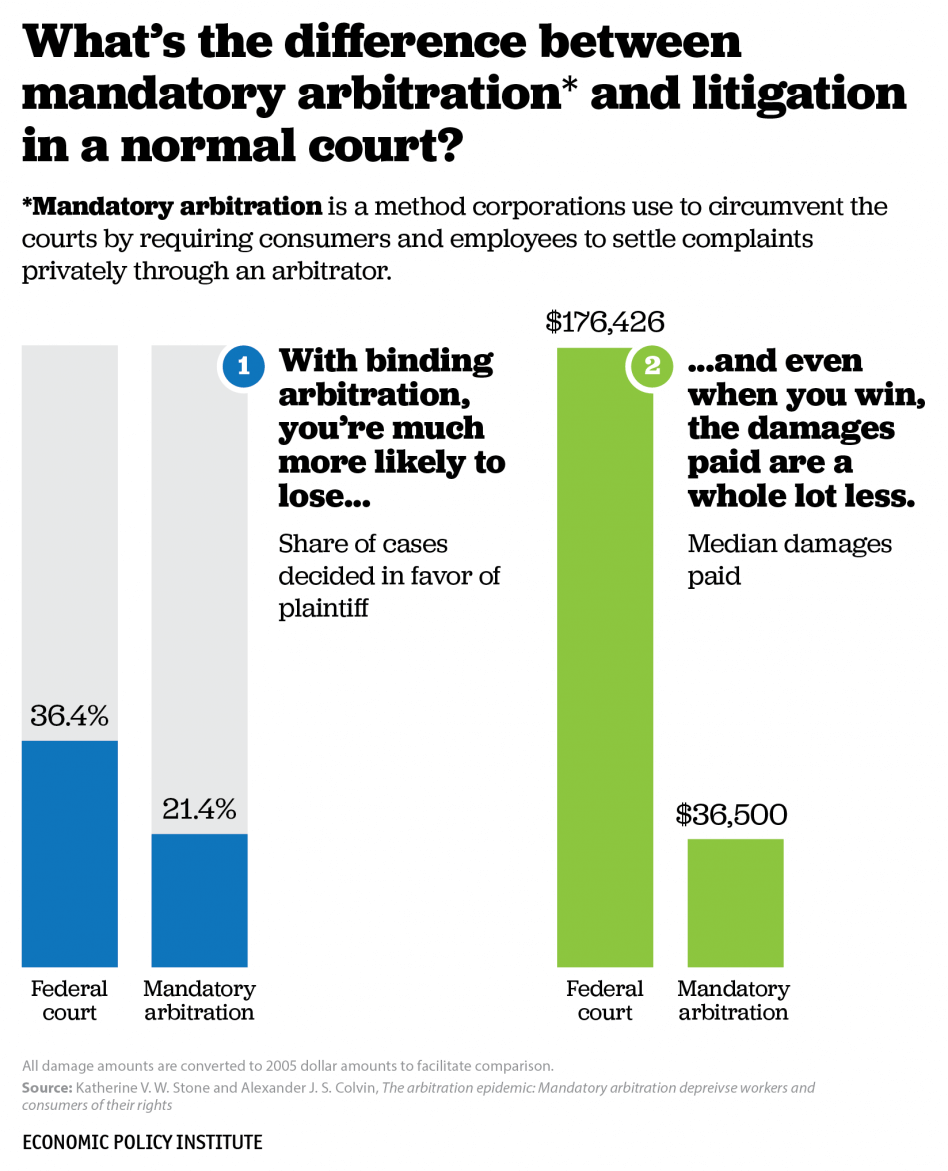 However, arbitration agreements between employers and employees signed prior to January 1, 2020, will still be enforceable.

How Will the New Law Be Enforced?

New California Government Code section 12953 states that any violation of the various provisions in AB 51 will be an “unlawful employment practice.” This means that violations will be subject to a private right of action. This means that employees can directly sue employers and that attorneys will have a financial incentive, in the form of attorney’s fees, to represent such employees. Employers should consult with attorneys about whether to continue to require or ask employees to sign arbitration agreements.

Employees who want to sue for violations of the new law will still need to exhaust their administrative remedy under FEHA before filing suit against an employer.

What do you think? Is the new law yet another handicap of California’s employers, making them less likely to open or keep business in California? Or is this a necessary and reasonable protection for California’s workforce?