2017 is coming! If you don’t want to be jailed or fined, read up on these new laws brought to you by the California Legislature. 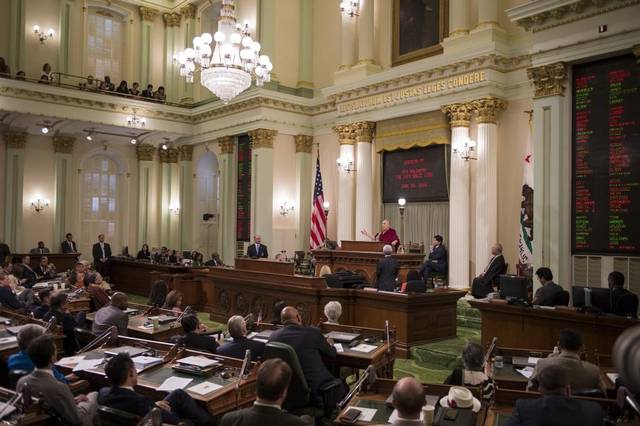 The statewide minimum wage goes from $10 to $10.50 an hour for businesses with 26 or more employees.

Under Assembly Bill 1676, an employer can’t pay a woman less than her male colleagues because of her prior salary.

Assembly Bill 1785 prohibits drivers from using smartphones while behind the wheel. Motorists can still use devices that are mounted or voice-operated and hands-free.

Good Samaritans can break into a parked car without civil liability to rescue an animal at risk of overheating. AB 797.

Terminally ill California patients will be allowed to use experimental drugs that do not yet have full regulatory approval.

AB 1289 requires background checks for services like Lyft and Uber.

Beauty salons and barber shops can serve small amounts of wine and beer as long as it’s free and it’s before 10 p.m.

Powdered alcohol is now illegal to possess, sell or make.

Rape, sexual assault and other sex offenses will no longer be subject to a statute of limitations, under Senate Bill 813.

Assembly Bill 701 broadens the definition of rape to include “all forms of nonconsensual sexual assault.”

People under 18 years of age cannot be charged with prostitution and will instead be treated as victims under SB1322.

Starting in 2017, parents must put children younger than 2 in a rear-facing car seat unless they are 40 inches tall or weigh 40 pounds.

People who own magazines that hold more than 10 rounds will be required to destroy or give them up starting January 1. If you are caught with a “high capacity” magazine after July 2017, it could result in a fine starting at $100.

Buyers must undergo a background check before purchasing ammunition.

New weapons that have a device known as a bullet button (allows a shooter to quickly dislodge the magazine using the tip of a bullet) can no longer be purchased.

Assembly Bill 1511 outlaws most gun loans, though it makes exceptions for hunting guides and for a limited number of loans to family members.

Assembly Bill 1732 requires all single-toilet bathrooms in businesses and public agencies to be gender neutral.

What do you think of these new laws? Which should be repealed and which would you keep?