Why Brexit Has Created A Global Clusterf*@!

Since Friday, news of the United Kingdom’s BREXIT was splashed all over the front pages of American newspapers. Unless you were completely hung over this weekend, you know that the UK voted in a referendum, 52% to 48%, to leave the European Union.

“It didn’t quite go as planned” – Translation: I may have caused irreversible damage on a monumental scale

Why Is Everyone So Stunned?

The pound dropped to a 31-year low. Global stock markets had their biggest one-day declines in history, wiping out $2 trillion and counting. Just hours after the Brexit result was announced, Prime Minister David Cameron of the Conservative Party announced that he would resign. Just three days after Brexit, the opposition Labour Party is in turmoil, as more than 35 members of the Labour cabinet have resigned in protest against their party leader Jeremy Corbyn. Basically, it’s a gigantic shitstorm across the pond. 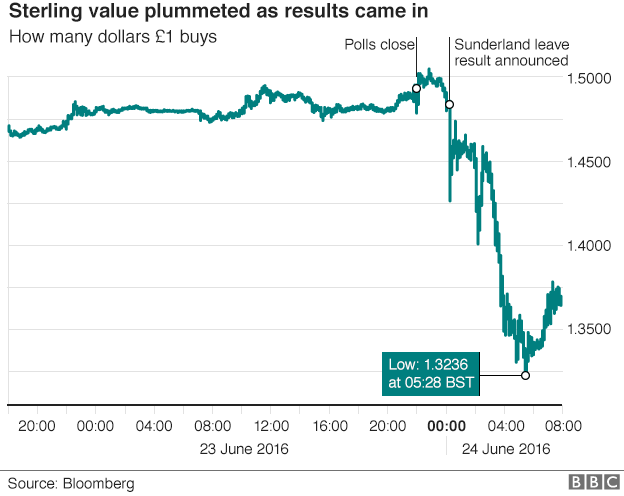 The UK is also arguably America’s strongest ally in the entire world, and Brexit could change major geopolitical alliances, including the breakup of the 300-year old United Kingdom itself. The UK is actually composed of several different countries: England (Mary Poppins), Scotland (Groundskeeper Willie), Wales (Christian Bale), and Northern Ireland (where Game of Thrones is filmed). The UK was formed through the 1707 Act of Union which joined Scotland and England into a unified country. Because Scotland voted to remain in the EU, and because Scotland has traditionally been more socialist than England, Scotland is likely to seek independence from the UK. 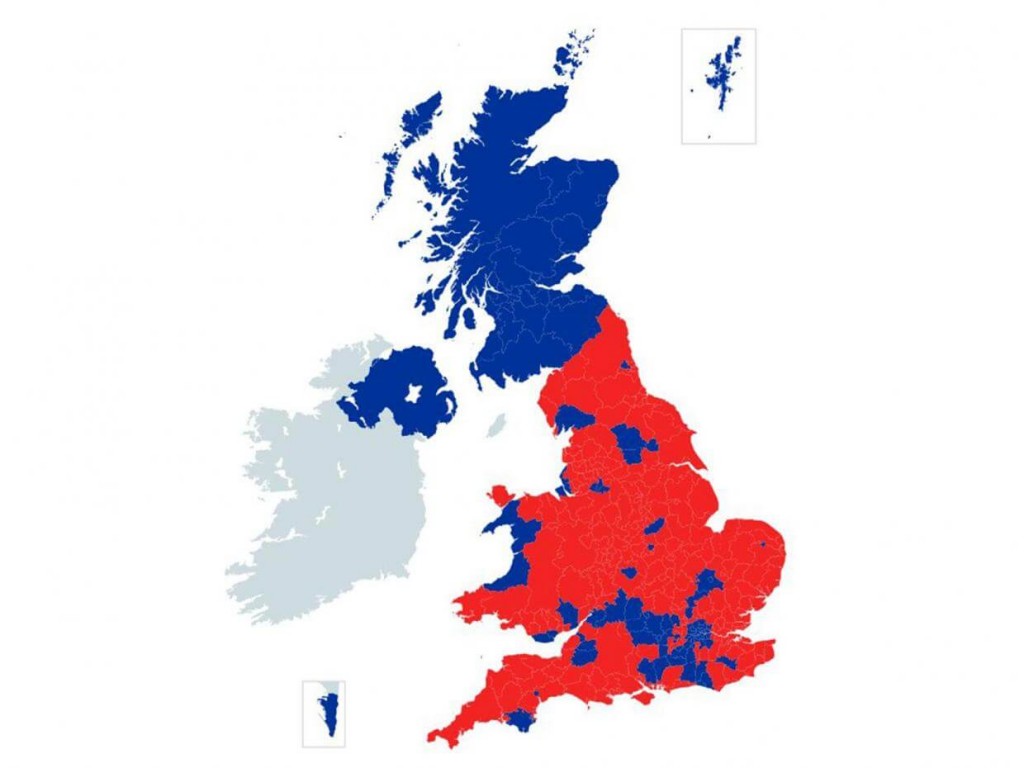 Furthermore, London is the world’s top financial center. Back in its heyday, the British basically invented the banking and insurance industry. According to one report, one pound in every five earned by Londoners is used to fund the rest of the country. In 2015, London’s financial industry generated £66.5bn in taxes. If companies lay off employees or move them to another country in the EU, that tax revenue will be lost. Inside the EU, London enjoys financial services “passporting,” which allows a firm regulated by one EU member-state to offer its services across the bloc without the need to obtain additional authorization from regulators in new markets it enters. Once the UK leaves the EU, it’s unclear how financial services firms in the UK will operate across Europe.

What Is the European Union?

The European Union is an international organization made up of 28 member countries, and more than 500 million people. It has eliminated most barriers among its member countries to free movement of goods, persons, services and capital through the use of treaty provisions.

The EU is funded mostly by contributions from its member countries. In 2015 the UK government paid £13 billion to the EU budget, and EU spending on the UK was £4.5 billion. So the UK’s net contribution was estimated at about £8.5 billion.

Why Did the UK Vote to Leave?

Here are some key factors:

1.         Sovereignty.  The Leave campaign argued that without being hampered by a multitude of EU regulations, Britain could become “great” again, negotiate its own trade deals, spend its contributions to the EU on its own people, etc. For example, the EU regulated how much fish fishermen in the UK could catch. Here’s the counterargument that the UK retains its sovereignty even as an EU member.

2.         Immigration. As an EU member, the UK could not limit immigration from EU member countries. Many voters felt that the UK was “full” and that all the additional people were straining social services, such as the NHS and school places. Bear in mind that the UK is about the size of Oregon, but has a population of about 65 million people! Interestingly, though, it was generally areas with the highest numbers of immigrants and highest population density (London, Birmingham) that voted to Remain. For this reason, many blame the elderly, bigot vote for Leave’s ultimate victory. In the aftermath of Brexit, there are reports that harassment of immigrants and minorities has spiked. 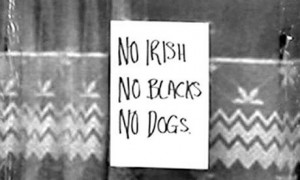 Signs like this were posted in England up to the 1970s.
Image Source: guardian.co.uk 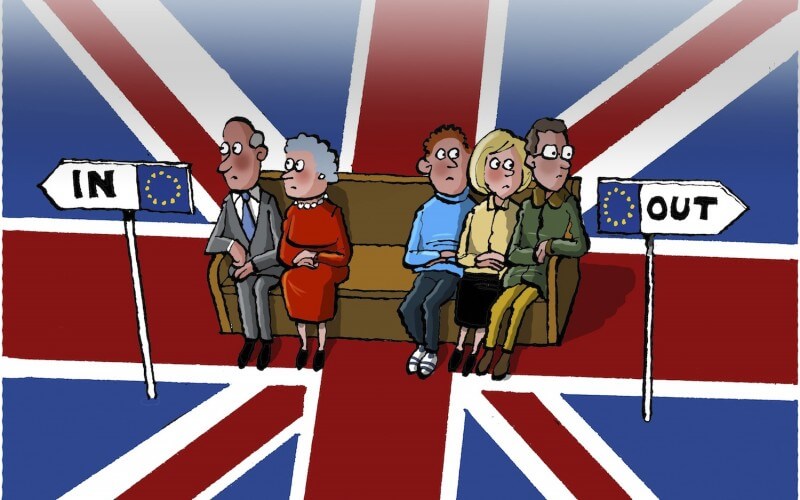 4.         Have Nots. Having a degree was the trait most strongly associated with voting Remain. People on welfare or low wages felt they had nothing to lose. Rather, they felt they were competing for a smaller piece of the pie with immigrants from the EU, who had the same entitlement to social services like medical care and housing. Moreover, they didn’t care if the Haves suffered from a Brexit.

5.         Everyone Dislikes the EU. Even people in the Remain campaign could barely muster up any enthusiasm for the EU, which is widely considered to be an inflexible, autocratic, bureaucracy full of red tape and weird Europeans. For example, German Chancellor’s Angela Merkel’s decision to unilaterally welcome refugees to Germany created much anger and dissent.

How Does A Country Leave the EU Anyway?

Under Article 50 of the Lisbon Treaty, a country has a maximum of two years to negotiate its withdrawal after announcing its intention to leave the EU. However, the UK has not actually formally invoked Article 50 yet, so this two-year period has not started. 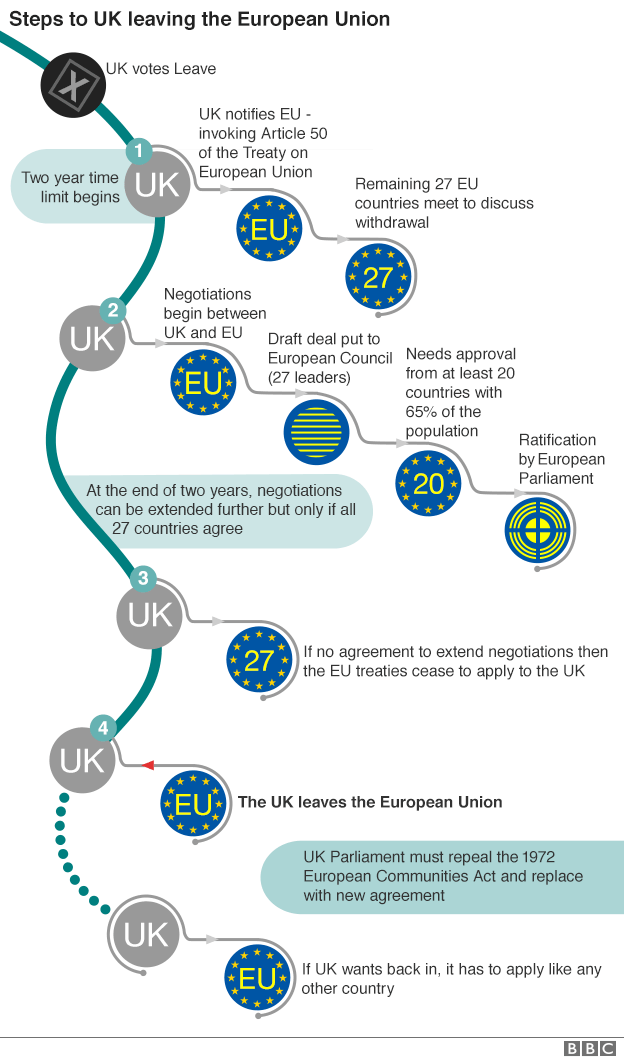 How Does Brexit Most Affect the USA?

Loss of British influence in the EU is bad for the U.S., as Americans and Europeans don’t always speak the same language or think the same way on lots of issues.  The U.S. relies on the British to help influence decision-making in the EU, but outside the EU, Britain may be a much less useful ally.

Can the Brits Put the Genie Back in the Bottle?

“The best argument against democracy is a five-minute conversation with the average voter.” – Winston Churchhill. Was Churchill right?