Can Amazon Legally Cancel Its Film Deals with Woody Allen?

Amazon Studios entered into a deal with filmmaker Woody Allen for a series titled Crisis in Six Scenes. Amazon and Allen then agreed on a deal for four movies. These contracts guaranteed Allen’s company, Gravier Productions, minimum guaranteed payments totaling between $68 million and $73 million. You can read the contracts here.

However, in 2016 a Hollywood Reporter column by Ronan Farrow (son of Allen’s ex-wife Mia Farrow), the rise of the #MeToo movement, and Allen’s daughter’s allegations of sexual abuse cast negative publicity on Allen.

In June 2018, Amazon attempted to terminate its agreements with Allen. On February 7, 2019, Allen sued Amazon in federal court in the Southern District of New York. In his lawsuit Allen alleges that a 25-year old  allegation against Mr. Allen was already well known to Amazon (and the public) before Amazon entered into separate contracts with Mr. Allen — and, in any event it does not provide a basis for Amazon to terminate the contract.” 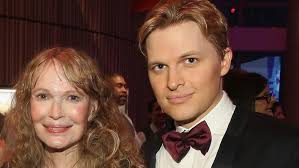 Allen says that pursuant to the agreement, he and investors have put $20 million into financing the production of A Rainy Day in New York, starring Jude Law and Selena Gomez, but that Amazon is refusing to make guaranteed payments on the film. He alleges being owed $9 million in such guarantees plus additional amounts based on the success of the pic. Allen claims that in January 2018 Amazon Studios assured him it would release the movie. But after postproduction was completed, Amazon informed Allen that “Amazon does not intend to distribute or otherwise exploit the Pictures in any domestic or international territories.”

Does Amazon Have Any Legal Grounds to Terminate Its Contracts with Woody Allen?

Sometimes parties who are accused of breaching a contract invoke the defense of frustration of purpose, which “applies when the frustrated purpose is so completely the basis of the contract that, as both parties understood, without it, the transaction would have made little sense.” D & A, 25 Misc. 3d 1211(A) at *6 (citing Crown IT Servs. v. Olsen, 11 A.D.3d 263, 265 (1st Dept. 2004)).

In one case where this defense succeeded, a homeowner hired a contractor to renovate her home, which she owned jointly with a husband whom she was divorcing. The homeowner’s agreement with the contractor provided that work would be done according to a payment schedule that would be provided upon settlement of an insurance claim. Payment was prevented, however, when the divorce court issued a restraining order barring the homeowner from transferring her assets. The contractor ceased work and sued the homeowner for breach.

The homeowner invoked frustration of purpose as a defense, and the court agreed that usage of the insurance payment for the home renovation “was the basis upon which [the parties] contracted” and that this purpose was frustrated by the restraining order.

What do you think? Should movie studios and producers be allowed to breach contracts with “tainted” figures in light of the #MeToo movement?